Facts About the History of Chicken Marinade

Although many people believe that marinades only date back a couple of hundred years, they have actually been around longer. These liquids have been used since early Egyptian times when Egyptian cooks would prepare their meat for cooking.

Asian cultures have been marinating their food for centuries and one popular chicken marinade ingredient there is soy sauce. Soy sauce is used throughout China and Japan, as well as in other Asian cultures. 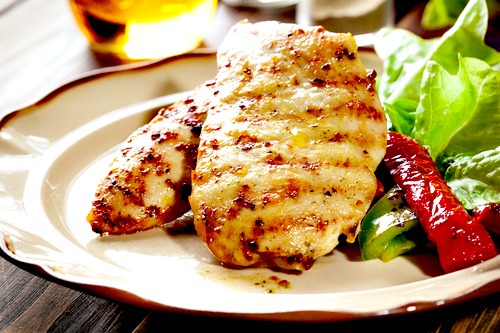 There are also references to marinating in the Roman era, when vegetables and other foods would have been marinated to add flavor. Although marinated vegetables are considered appetizers nowadays, they were often the main event back then. In the early 1800s, something called ‘zakuski’ was served in Russia, and this consisted of marinated vegetables.

The French have been marinating since the 1300s and the Mexicans have been using papaya to tenderize their meat since before the time of Columbus. In the United States, marinades have been bottled since the 1800s, although it is not known for certain when they were first used here. The United States is a melting pot of different cultures so it is not known which culture introduced the practice of marinating either.

The ingredients in different marinating solutions for poultry have been influenced by the country they come from as well as by the cooks. When you look at an authentic Japanese chicken marinade recipe, for example, you should recognize most of the ingredients as being traditionally Japanese and prominent in many other recipes familiar to that culture.

The first marinades were used to preserve the meat because this was the days before refrigeration. Marinating your poultry would make it last longer without having to be refrigerated. Marinades gained popularity in western cooking during the Renaissance era when people used them on chicken and other meats for preservation and to enhance the flavor.

Throughout the course of history, it was discovered that some ingredients could flavor, some could tenderize, and some could perform both of these functions. An acid-based chicken marinade recipe will tenderize your chicken as well as flavoring it. Pineapple, yogurt, citrus juice, wine, and buttermilk denature the protein strings by unwinding them. This makes chicken really soft. These ingredients also flavor the meat.

Poultry and seafood are slightly different from red meat, in that acidic ingredients can turn them mushy sooner. One hour should be long enough to flavor your chicken with a very acidic marinade without making it mushy.

Marinades containing monoglycerides and diglycerides, which are emulsifiers, are able to penetrate the chicken faster and deeper. Extra-virgin olive oil contains monoglycerides and is a good choice for a marinade if you are in a hurry or have to shorten the marinating time for any reason.

Pineapple, mango, kiwi, papaya, figs, ginger, and honeydew have been used for hundreds of years to give a fruity flavor to chicken. Citrus, beer, wine, tomato, vinegar, buttermilk, and yogurt are also popular choices and most also feature herbs, spices or both.

You can use fresh or dried herbs in marinade recipes. Oil is usually found in a marinade because it binds all the ingredients together and sticks to the chicken.

How to Cook a Whole Chicken in the Slow Cooker